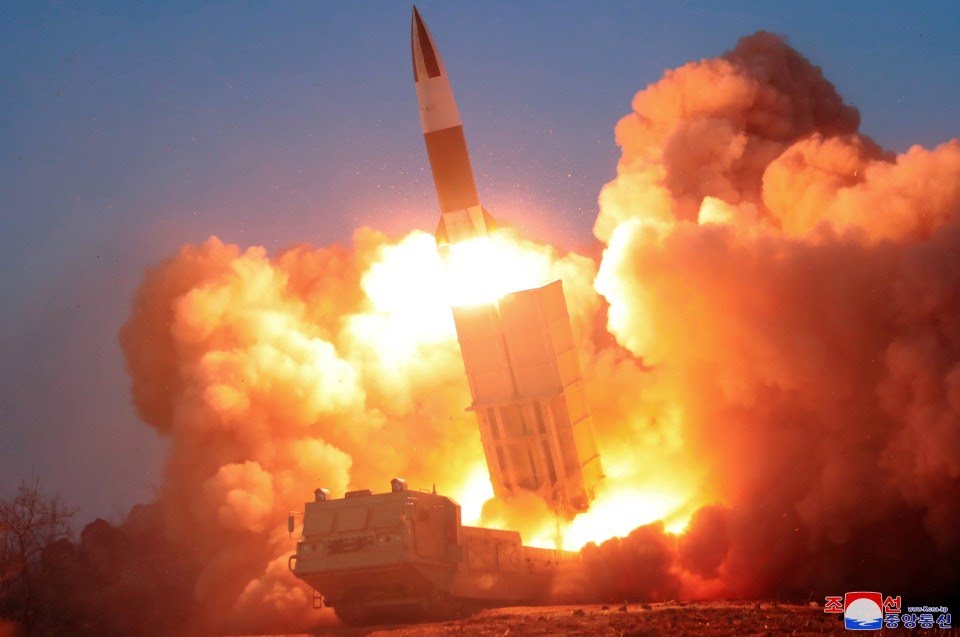 KIM Jong-un could be assembling a deadly arsenal of 240 nuclear weapons and ballistic missiles which could wipe out the West.

A think tank report has warned allies must identify strategies to counter any nuclear warfare attempts by North Korea that “could cause millions of deaths”.

The research report by the Asan Institute for Policy Studies and the Rand Corp has estimated the country could have up to 242 nuclear weapons and dozens of intercontinental ballistic missiles by 2027.

It says Kim Jong-un “appears to be building a nuclear weapon force capable of enabling peninsula dominance”, warning “enhanced” South Korea and US defences “to sustain deterrence” should be put in place.

The report, titled Countering the Risks of North Korean Nuclear Weapons, said: “It is estimated that the total number of North Korea’s nuclear weapons by 2027 would be between 151 and 242, in addition to tens of mobile intercontinental ballistic missiles

It has called for Seoul and Washington to look into options such as dedicating US strategic nuclear weapons to targeting the North to deter any nuclear warfare attempts. 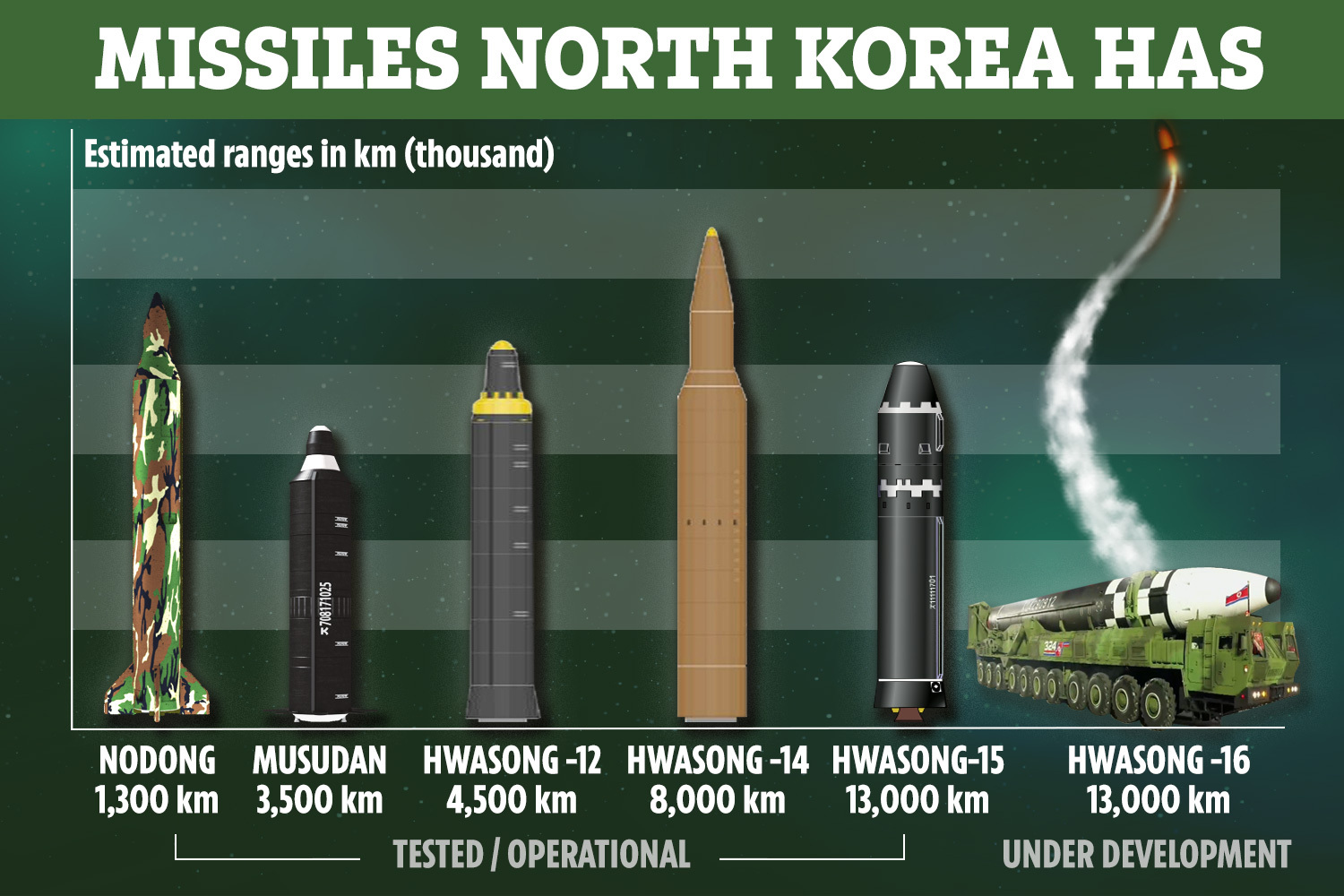 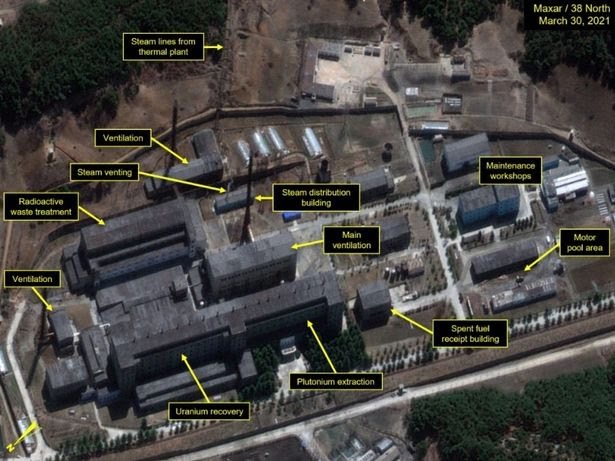 “The ROK and US need to strengthen alliance, orient their plans and procurements to countering the range of possible North Korean nuclear weapon uses and clearly demonstrate their intent and capability to destroy the regime if it uses nuclear weapons.”

It adds that if the two countries are able to do so, North Korea “hopefully will conclude that its nuclear weapons are a liability and will be willing to negotiate at least some degree of denuclearization.”

The report also warned that the North could deploy attacks in “much more coercive and diverse ways” as its nuclear capability advances.

It adds: “The best way to avoid such a war is to prepare for it and demonstrate to North Korea that it cannot win such a conflict, even if it uses nuclear weapons.” 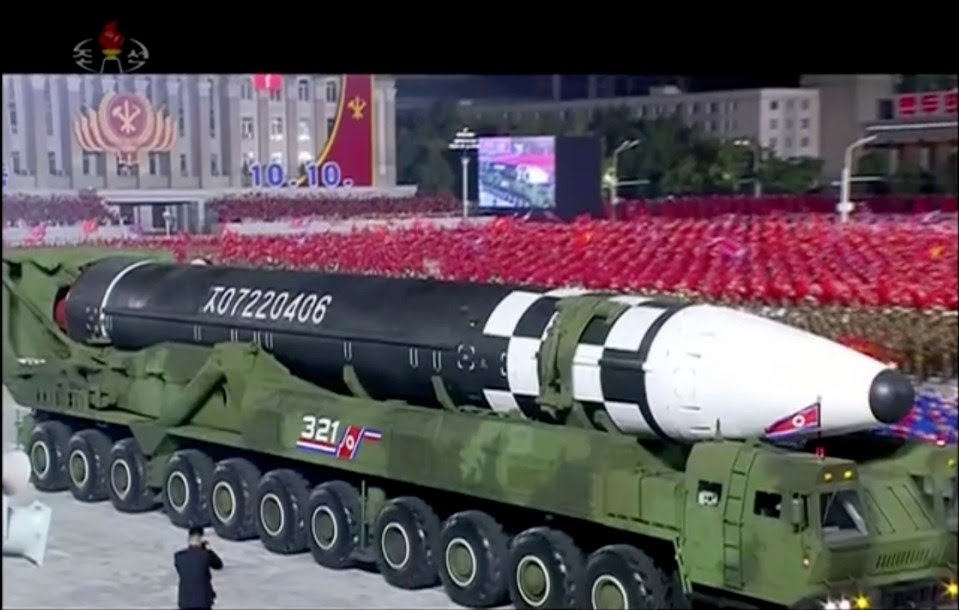 It comes amid escalating tensions on the Korean peninsula.

In recent weeks, North Korea has threatened the US with what it called “invincible power” after Joe Biden criticised missile tests.

Last month, Kim Jong-un deployed two ballistic missile tests into the Sea of Japan, in what was branded a “show of strength” to intimidate the new President.

Since being elected, Biden has been keen to get North Korea to engage in talks about its nuclear programme, but they have ignored the pleas and instead launched projectiles from its east coast.

After deploying a second missile in a period of less than 24 hours, the country was branded a “catastrophic threat” by global security forces.

One of the country’s senior officials branded the President a “gangster” and who has taken a “first wrong” step following his comments about the tests.

Ri Pyong Chol hit back at the President saying it was “gangster-like logic” for the United States to criticize the North’s tactical weapons tests when American itself carried out similar tests.

Fears over a war with North Korea continue to rise after “heightened activity” was detected this month at the state’s main testing site.

Experts told The Sun Online that North Korea had been funding massive cyber heists, carrying out illegal trades and even selling arms to terrorist in their new bid to wipe out the west, prompting security concerns.

Now, new satellite footage has emerged that shows increased activity at the Youngbyon Nuclear Science and Weapons Research Centre which is located about 100km from the country’s capital Pyongyang.

In the images, a coal-fired steam plant can be seen in operation at the site, which is rumoured to be the location where the state’s estimated four dozen nuclear weapons are housed.

Meanwhile, Kim Jong-un appears ready to launch a submarine capable of striking anywhere in the world with nuclear missiles.

According to analysis by experts from the think-tank Stimson Center, posted on 38north, it suggests the new ballistic missile submarine – which has been under construction for several years – may “be nearing completion or is ready to be rolled out and launched in the near future”.

The piece adds: “Alternatively, the drydock may be there for rail alignment adjustment with those on the quay, as no submarine is known to have been launched from this location as of yet.”

Wars are not created by strong men; Wars are created by weak men – Why Biden is the ‘greatest danger’ to world peace

It has Exploded!!: Rep. Lisa McClain, R-Mich., fires back at Pelosi and Maxine Waters’ after urging protesters to become more ‘confrontational.’